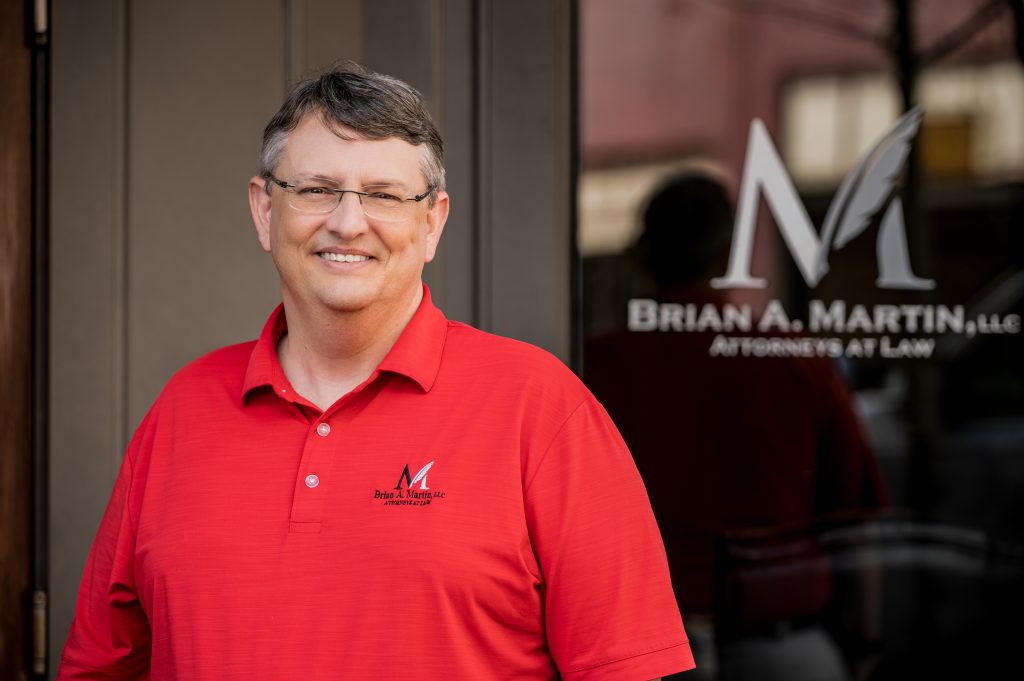 “I knew this is where I wanted to be 24/7, building our lives and raising a family.”

The biggest thing I appreciate about Greer is that it’s a community of people who are willing to accept anybody coming into the community for who they are and what they bring with them.  My family is a testament to that.  My wife, Betsy, and I grew up in Gastonia, North Carolina.  We met in high school, and I went to college and law school in North Carolina.  When I got out of law school, I got a job in Spartanburg, which is where Betsy went to college.  By 2004, I was working in downtown Greenville and she was working in Spartanburg, so we bought a house in the middle, in Greer, near South Buncombe Road. Within six months, I knew this is where I wanted to be 24/7, building our lives and raising a family. 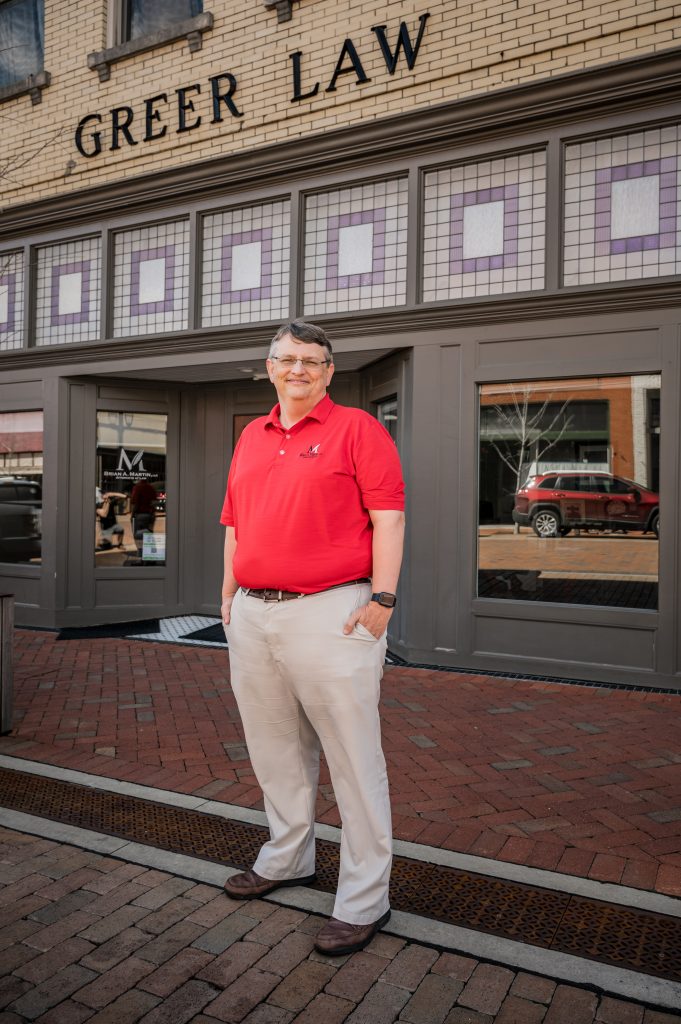 I decided to open my own firm in 2005. It was kind of not the thing they teach you in law school.  If you hang a shingle, you typically do that where you grew up, or where your parents grew up, because the only business you’ll get is referral and word of mouth, until you can establish yourself.  Since I wasn’t from Greer and didn’t really know anyone here, I got involved with the Chamber of Commerce through Leadership Greer and started making connections. The more I made, the more that fueled my practice and before I knew it, I had a huge network of people who started sending me business all of the time.  I had a background in litigation, workers comp and criminal law. Over the last 15 plus years, most of my business has become, or arises out of, real estate closings.  Greer is one of the fastest growing areas in the state.  To see the growth here over the last 15 years has been insane.

I first opened my practice at 108 Trade Street. The conference room was above the Starlight Ballroom and you’d hear ballroom music coming up from the floor. It was nice mood music for closings!  In 2006, we bought the building my practice is in now just down the street.  When I was first looking for a place, the Chamber gave me the community Master Plan from 1998.  When I saw the vision they had for downtown and how forward-thinking it was, I knew I wanted to be downtown. At heart, I’m a small-town kind of guy.

I’ve found there’s no territorial aspect to progress here.  No one fights over who gets credit for anything. I’ve never seen the ‘You’re not from here, so you don’t understand,’ mentality.  People in this community want to do business with people in this community. Everybody shares the same passion for Greer and for doing things to help make Greer better. The Chamber of Commerce is the business incubator for the area.  There are so many opportunities there to get involved and volunteer. I rose up through the ranks there, even serving as Chairman of the Board in 2010. I’ve been honored to serve on all kinds of boards and non-profits, like Partnership for Tomorrow, the Greer Development Corporation and Greer Relief.  Every organization, or board I’ve sat on, everyone has the overall mission of doing something that makes Greer better. It makes it very easy to get plugged in.

Betsy’s been involved too. She was trained as a chemist and worked on neat projects with local companies for several years.  She’s been very involved with our daughters’ schools and extracurricular activities, and since 2010, she’s managed our investment properties downtown. We currently have three commercial buildings on Trade and Victoria Streets that are a mix of commercial space and apartments, both long-term and Airbnb short-term. They are always rented out, as it’s the perfect location with lots of festivals, events, the surrounding businesses and it’s close to the mountains.

We love the downtown area so much, we moved downtown permanently last year. It’s the home that long-time, former state Senator Vern Smith grew up in that his father built in 1914. It’s a beautiful Victorian farmhouse, which has been Betsy’s dream house since she was a little girl.  It’s only two blocks from my office! Every time I walk out the door to go to lunch, I wonder how I got so lucky, coming into downtown when I did.  That ’98 Master Plan? I was heavily involved when we revised it in 2015. To be a leader here involved in the transition of where this community wants to go the next 30 years, and then walk out my office door and see that vision coming true, is pretty dog gone amazing.